Whose fault is it?

Excuses are our companions that help us in coming out of any sticky situation. We are expert in passing on the ball of blame onto someone or something else and wiping our own hands clean. But, deep down, we all have the cognizance to figure out whose fault it is: Us.

But, NO! I won’t accept my mistake. I won’t accede to the fact that it is me who was wrong. Because, instead of looking like a vile or a foolish person by letting others know that it was my fault, I will justify my vice by either saying that something instigated or someone provoked me to do so. 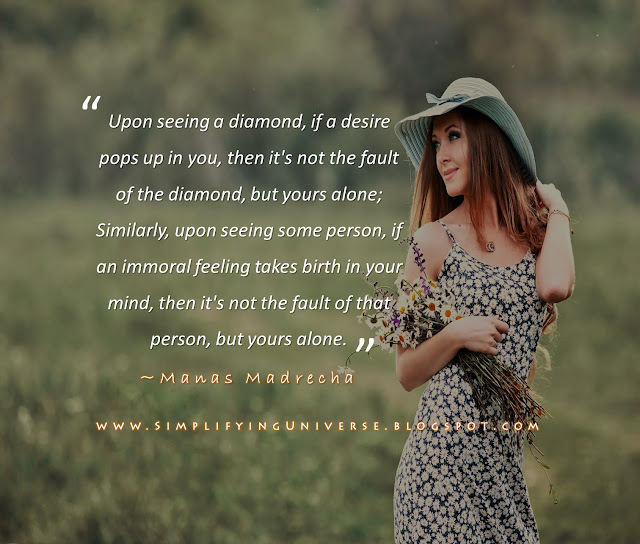 Examples of passing blame on others

However, don’t we all know whose fault is it really!

Know who is to blame indeed

RELATED: Truth is above everything – Hindi Poem

So, next time, when you lose your conscience and start playing the blame-game, STOP! Merely by passing the accusation on else won’t lower your immorality. If you are responsible, embrace the reality. Accept, regret and strive to make things better, if not worse. Because life always gives you second chance.

However, committing mistakes is not absolutely deplorable. You can rectify it by genuinely repenting anytime. What makes the matter serious is your denial of the truth. But, truth shall always prevail, maybe amongst the people who know it or if not openly, then, at least in you, who knows whose fault is it!

1 reply on “Whose Fault Is It? How to deal with excuses?”